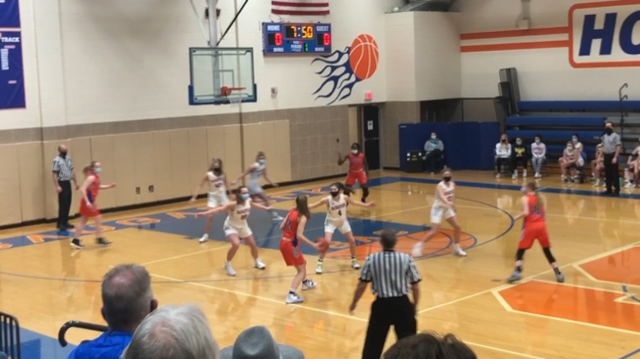 The West Michigan Aviation Academy girls basketball team capped off a busy week of basketball with an unsuccessful trip out to Saugatuck on Saturday night.

The Aviators (1-2, 1-0 Alliance League) were led by sophomore Audrey Mileski’s 12-point performance but WMAA ultimately fell to the non-league foe 51-30.

The Aviators fell into a 28-12 hole at halftime, and despite a 12-point burst in the third quarter, was never able to get back within striking distance of the Indians.

WMAA attacked the hoop hard, earning 22 trips to the free throw line and sinking 11 of those tries. Mileski was 7-for-15 from the charity stripe in her team-leading performance.

Ava Bazuin continued to be a presence in the post for WMAA, finishing with three points. Deb Ebosele was 1-for-2 from the free throw line to finish with a point.

The senior-laden Indians squad was led by Katie Ayers with 16 points and Lauren Miller with 12 points.

The Aviators head into a crucial week of Alliance League play that kicks off at home on Tuesday vs. Zion Christian (2-0). Tip-off is at 5:30 p.m.