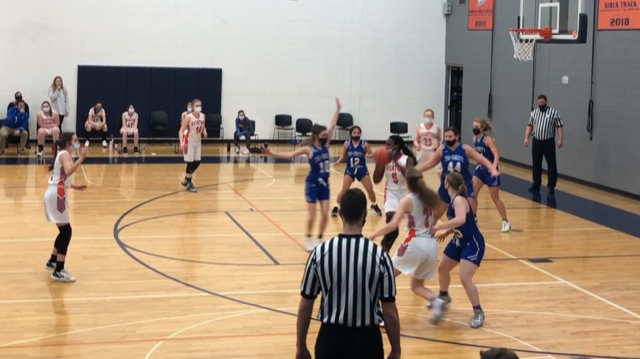 The West Michigan Aviation Academy girls basketball team clamped down on the defensive end of the floor on Tuesday night to grind out a 44-23 victory over Alliance League foe Tri-unity Christian.

The Aviators (6-3, 3-1 Alliance) built a cushion right from the onset of the game, claiming a 12-2 lead after the first quarter and carrying a 21-6 lead into the locker room at halftime.

WMAA was able to add to the lead down the final stretch, led in offense by Audrey Mileski. The sophomore guard finished with 15 points, including two 3-pointers. Senior forward Grace McConnon added another 10 points for the Aviators in the win.

In a game that saw its ugly stretches, there were plenty of rebounds to be had. Holmlund chased down 14 of them to lead a scrappy effort by the Aviators.

Olivia Eerdmans was leading scorer for the Defenders with 17 points. She connected on two 3-pointers in the loss.

The Aviators continue the week with upcomin games against Wellspring Academy and Holland Black River. While both teams are in the Alliance League, the games won’t count toward conference record.

WMAA has already defeated Wellspring 50-44 and faces Black River in conference on March 16.