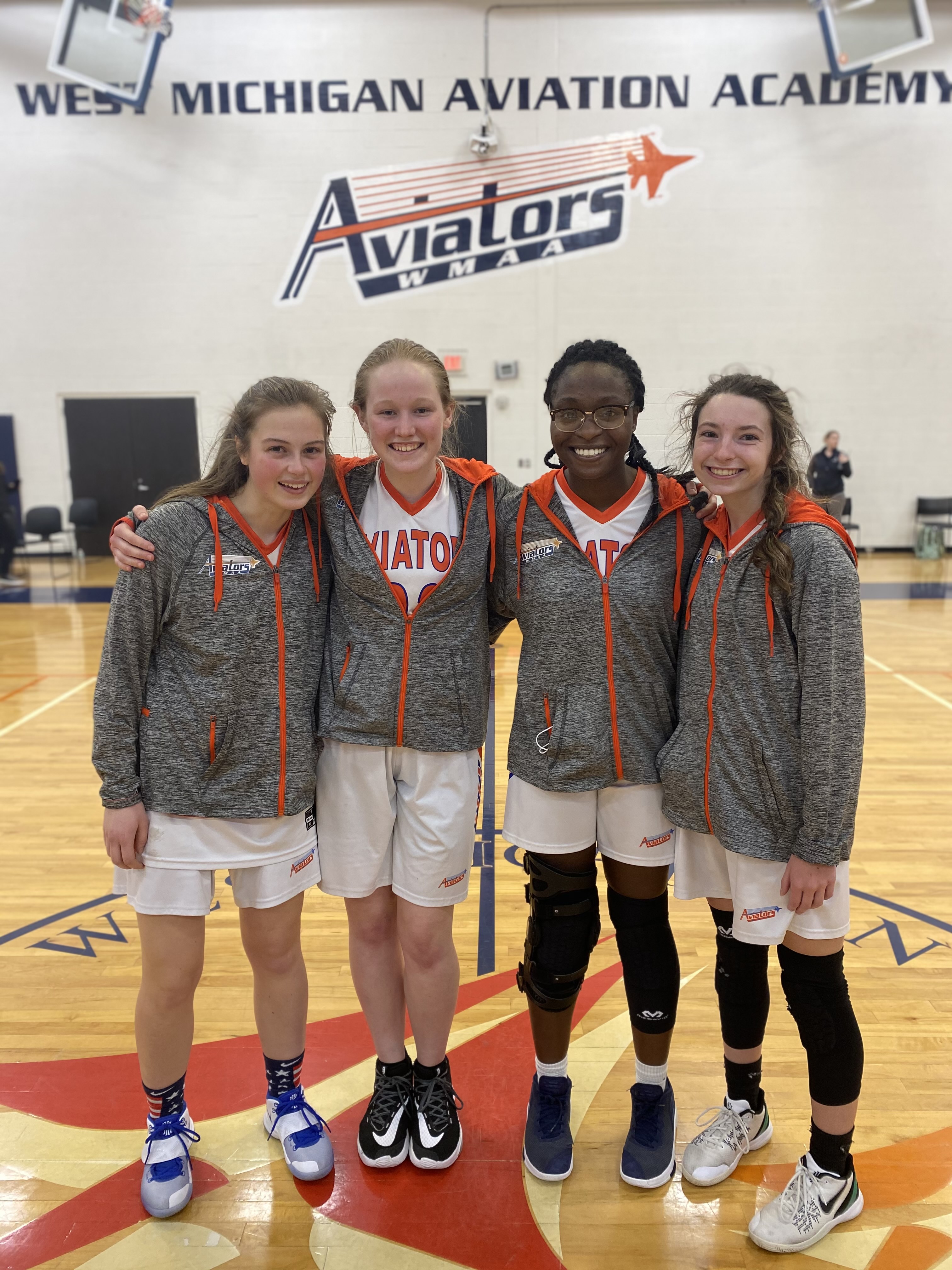 All four seniors for West Michigan Aviation Academy’s girls basketball team went out in fitting fashion on Thursday night at home as the Aviators defeated Grand River Prep 53-44 in the final regular season game of the year.

The night was set aside to honor seniors Deb Ebosele, Sierra Greer, Bre Holmlund and Grace McConnon. On the court, all four seniors scored in the victory.

After struggling to get going on offense early in the first quarter, the Aviators finally hit their stride and built a 29-16 lead at half time. While the Titans were able to claw back to make the game interesting down the final stretch, WMAA hung on for its 11th victory of the season.

Greer scored 22 points in her last game in The Hangar, carrying the Aviators in the final quarter of the game. She also chased down eight rebounds.

Holmlund also had another strong night of offense with 11 points and nine boards. McConnon finished with nine points and was a beast on the boards, finishing with a career-high 17 rebounds. Ebosele rebounded out scoring for the seniors by dropping in one of her two free throw attempts for a point.

Sophomore Ava Bazuin gave her senior teammates a nice push with seven points in the win. Six of those were in the first quarter to jumpstart the Aviators. Sophomore Audrey Mileski drained a 3-pointer, but left early in the second half due to injury, finishing with three points.

The Aviators finished off the program’s best season with a record of 11-5 and a third place finish in the Alliance League.

They’ll go to the district tournament Wayland and begin action on Monday by facing Hopkins. That game will be hosted by Hopkins. The winner will advance to face Wayland in the district semifinals.

FROM COACH BUSSA:
“This was a truly special senior class that has done a lot for this program. Bre, Deb and Grace all started their involvement with the program four years ago as freshmen and Sierra joined shortly after as a transfer. This group has been a big reason why our team has been able to elevate its level of play over the years and I’m happy they got to see the payoff this year with quite a bit of success.

On top of being great basketball players, those four ladies are just great people in general. They’ve mad the season fun and inclusive for everyone. I’m incredibly thankful for this year’s seniors.”