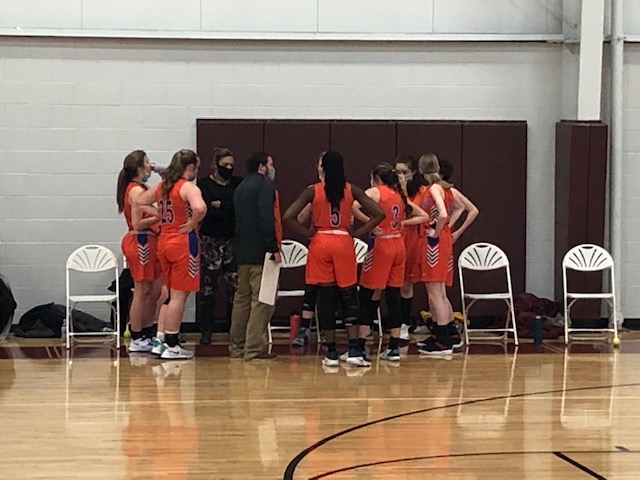 In the second meeting of the season, the West Michigan Aviation Academy girls basketball team managed to close out another tight contest with Alliance League foe Wellspring Prep Thursday night on the road.

The Aviators survived a last-minute surge by the Wolves to survive 47-43. WMAA won 50-44 earlier in the season when the teams met in league play.

In the last meeting, the Aviators (7-3) won the game from behind the 3-point line, but this time around, they used a team-leading performance from senior forward Grace McConnon to fuel their victory.

McConnon finished with 16 points and six rebounds. Sierra Greer was not far behind with 15 points and three assists. Greer knocked down a couple of 3-pointers, as well.

Ava Bazuin also had a strong game inside with eight points and 12 rebounds. She iced the game with two seconds left by knocking down one of her two free throw attempts. Bre Holmlund added five points for the Aviators and Audrey Mileski had three points.

Wellspring was again led by standout guard Lillian Jackson, who finished with 23 points, including a half-court shot to close out the first quarter of play. The Aviators led 27-17 at halftime and carried a 38-27 lead into the fourth quarter where things got tight.

With the win, WMAA’s win streak moves to five games.