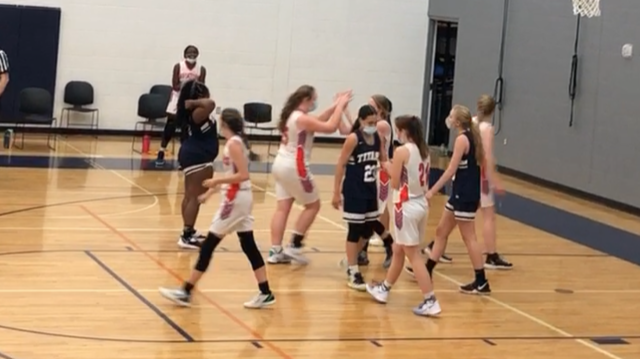 On the heels of a low-scoring loss against non-conference foe Calhoun Christian, the Aviators (1-1) opened up the contest suffering similar offensive woes, scoring just six points in the quarter. But, they would heat up in the final three quarters to finally overtake the Titans in a closely contested game.

Sierra Greer led the way for the Aviators in a game that saw WMAA trailing by a point — 19-18 — at the half. The senior guard finished with 14 points, including a 6-for-8 performance from the free throw line.

Senior forward Grace McConnon also gave the Aviators a major lift on offense with her 12 points.

WMAA proved scrappy on the boards with three girls recording double-digit rebounding totals. The effort was led by senior Bre Holmlund, who reeled in 13 boards to go with her eight points. That included a big 3-pointer in the fourth quarter. Sophomore forward Ava Bazuin was a huge presence for the Aviators off the bench, finishing with 10 rebounds to go with six points.

All nine available girls logged minutes for WMAA in the victory.

The Titans were not without a response, though. They finished with five successful 3-pointers and were led by the game’s leading scorer Abigail Rivera-Sosa, who had 15 points.

The Aviators turn around 24 hours later to hit the road and face non-conference opponent Saugatuck (2-0).