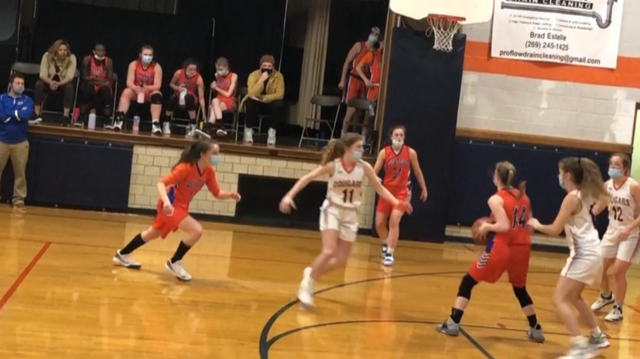 Calhoun Christian (8-3) piled on 22 points in the first quarter alone to take a 10-point lead, but the Aviators (8-4) were able to stop the bleeding by holding the Cougars to nine points in the second quarter, at one point cutting the lead down to five points.

However, WMAA came out of halftime completely flat, finding just two points in the third quarter while the Cougars built a 20-point lead.

Bre Holmlund was a bright spot on the WMAA offense, finishing with 13 points. She connected on three 3-pointers. Sierra Greer added 10 points while Ava Bazuin had four points and Audrey Mileski had three points. Grace McConnon also dropped in a bucket for two points.

Mileski proved scrappy on the boards in the turnover-plagued loss. She finished with a team-high 11 rebounds.

The Aviators take on Wellspring Prep on the road Thursday evening in the third meeting between the two teams.